It’s not news that two Duke Energy power substations were attacked in Moore county last week.  There is a ton of speculation about why the attacks were carried out and by whom, but the thing we aren’t short of information about is what they did and what law enforcement is doing about it. 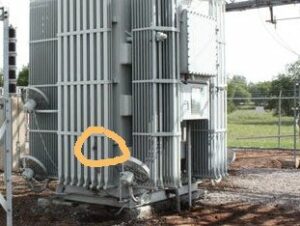 Various articles over the last week have been published by local news stations and other news media regarding the attacks, pointing out exactly HOW the attacks were performed, what damage was caused, and the impact upon the power grid by doing so.  All of this information is published under the First Amendment, presumably for the public good.   We think it’s more likely for clicks and advertising viewership, but mmmkay.   One thing is for certain, copy cats and wannabe terrorists are absolutely paying attention, and the media is essentially building for them a “how to” list for carrying out attacks on utility substations and the power grid.   We predict there will be more of this type of activity, with few options for the utilities to actually mitigate this without significant capital expenditures.

The latest “how to” entry is that the FBI is using cell phone data to try to correlate cell phone account holders in the vicinity prior to and during the time of the attacks (we know exactly WHEN the attacks happened because the power went out).  The reality is that there are probably more than a few people that are going to be on that last and will be interviewed by law enforcement about their whereabouts and activities.  Maybe the culprits forgot to turn their phones off or leave them at home will be interviewed and caught.  But rest assured about one thing, the NEXT attack done won’t have anybody carrying an active cell phone…

(Note, we don’t represent Duke Energy in this matter and are not involved in this event in a consulting or investigative capacity)

We wrote a letter to WRAL requesting the redact portions of their news report (https://www.wral.com/gunfire-caused-damage-that-led-to-moore-county-blackout-schools-closed-monday/20612201/) which provides detailed information about the attack and even quotes former FERC head John Wellinghoff on the effective damage that was caused:

The former head of the Federal Energy Regulatory Commission Jon Wellinghoff explained the severity of the damage to WRAL News.

“A lot of these transformers also are sort of one-offs. It’s not like you can cookie-cutter replace them with another one from some other utility in the next county or the next state,” said Wellinghoff. “They have to be made sort of custom for the particular substation that they’re in. So if they don’t have spares for that particular substation, it could take a considerable amount of time.”

In effect, reading the totality of information presented by WRAL alone helps copy cat criminals build a “how to” list for carrying out similar types of attacks with little risk of getting caught.  This is irresponsible journalism, and they should know better.  For that matter, Wellinghoff should ABSOLUTELY know better.  It’s unfortunately not just WRAL acting alone, but apparently standard journalist practices today to divulge information that could lead to a rash of domestic terrorism that could impact significant portions of the country, and have long lasting effects.

We support and recognize the need for the First Amendment, it’s a critical component that makes America the best country in the world to live and thrive in.  However, the press should honor and respect the need for operational security and the risk for “copy cat” crimes, or even escalation of crimes by their irresponsible reporting.  We’ve seen this effect in school shootings, serial killings, etc, where individuals see news reports and articles and are incepted and maybe even encouraged to perform similar crimes under the guise that such crime will bring them notoriety and fame (or at least infamy).     Yet the media is never held responsible; maybe they should be.   This is the reason you no longer see nude runners streaking on the field during NFL game broadcasts, the cameras are told not to video the streakers so they won’t get their “15 minutes of fame”, just jail time.   That’s called being responsible for what you broadcast.

As a security professional, if you see articles or news broadcasts that represent a danger to society, call or write to that news agency and give them your feedback about irresponsible journalism.  We don’t want censorship, we just want responsible reporting.

UPDATE 12/27/22 – Almost like clockwork, the prediction has come true, with several new attacks on substations in Tacoma, WA.  https://www.nytimes.com/2022/12/27/us/power-substation-attack-washington-state.html